Guilford County's most watched soap opera, drama, comedy and tragedy all rolled up into one is coming up on its season finale and people on both sides of the issue are waiting with bated breath to see how it turns out.


No mention of Roy's millions of 'potential' investment
in the High Point venture, for the third or fourth week in a row

There have been a lot of twists and turns in the plot so far, but the heart of the storyline is simple enough: High Point officials want Guilford County to give that city $11.1 million in predicted increased county tax revenues over the next 20 years to help pay back the cost of the $45 million baseball stadium project meant to rejuvenate High Point's downtown.


How good is the math Scott?

In the most recent episodes, the story line has consisted of Guilford County asking for various things and High Point jumping to respond.


There are about 1,050 pieces of property in a 649-acre "stadium influence zone"
that would form the tax base used to calculate future revenues.

The list of property values included a host of valuable nontaxable properties,
owned by governments, churches, nonprofits and other buildings,
including the county's courthouse and jail in High Point.

It also included some mystery properties with no names or addresses
and some where large values were listed in 2008 but a value of $0
was listed for 2012 and subsequent years.

Scott Yost
A few weeks ago, without any mention of Roy's potential investment

Many High Point officials said they feel like their city is doing so in a losing cause - however, right now they seem intent on trying to give the county commissioners everything they want...


Where is the documentation showing how much was raised,
what the money is currently invested in,
and when the monies are to actually be transferred to the initiatives bank account Scott?

Where is Roy's guarantee of investment,
as opposed to saying he may?

* Guilford County Commissioner Alan Branson told High Point leaders he hadn't been filled in on the project, so they invited Branson to High Point, gave him the red carpet treatment, showed him around the property and explained the project to him piece by piece.


There were 121 properties that were included that shouldn't have been,"
Conrad said sternly at the meeting.

"When you put a spreadsheet out and you show a property value decrease of 19 percent,
that number is not even close.

Why was that sent to this board?

Why was that sent to this board in that fashion?

* Several commissioners said eight questions they had sent earlier to High Point staff were not all answered in the city's response, so High Point City Manager Greg Demko sent the county a list of the questions asked with bullet point answers in dark blue listed below each numbered question.


What were the questions and answers Scott?

So, if High Point doesn't get the county money for the project, it won't be for a lack of trying.  But it could already be a lost cause.


Why is it a lost cause Scott?

In an effort to get backing for the stadium, project supporters have been doing their research into Guilford County government's economic development policies as well.  One they point to that the county drew up nearly a decade ago is the "Guilford County Economic Development Investment Guidelines," which expresses the county's commitment to strong downtown areas in Greensboro and High Point.

In that document, the section on  "Central Business Districts in Greensboro and High Point" states: "A healthy, vibrant downtown is a sign of economic vitality and is one measure of the strength of a community.  Two cities in Guilford County, Greensboro and High Point, have significant downtown footprints, the health of each having a large impact on the business activity and prosperity of Guilford County.  Guilford County will support high impact projects that can redefine, reinvigorate or redevelop these downtown areas."

The guidelines also state that Guilford County supports the idea of  Tax Increment Financing (TIF) Districts to promote growth.  High Point officials have requested that the county use a "synthetic TIF" for funding...


Wasn't the Rhino against TIF financing before Roy bought the paper?

...High Point has been saying it needs for Guilford County to move quickly since it hopes to get state approval for the financing plan in early October, and also because it's important to have shovels in the ground very soon if the stadium is to open, as planned, in the spring of 2019.

...Commissioner Hank Henning said he's been very frustrated with the "information" the county has been given regarding the proposal.   Henning said High Point has provided requested numbers but those numbers turned out to be flawed and misleading, and that's one factor, he said, causing the commissioners to wonder if they really know enough about the project to make a well informed decision.


So what did you find Scott?

What sense does it make to report the issues twice
without finding out if what Henning said had any validity?

"Number one is the hurried nature of the request," Henning said.  "Number two is the lack of true vetting.  And number three is that we're not dealing with real numbers."

Henning has been taking a lot of heat from some High Point residents who are his constituents - and some of the big donors to his past campaigns - who support the project.


Roy and/or friends of Nido?

Henning said it's his job to protect the county's taxpayers and he said that, if the project is a failure, the burden of paying for the stadium and for land acquisition will fall on the citizens of High Point that he represents.

"Nothing is wrong with due diligence and making sure all of the i's are dotted and the t's are crossed," Henning said.

Commissioner Justin Conrad said he's voted for straightforward incentives before when it's called for, but he said this is a different type of financing deal and the commissioners are taking a beating just for wanting all the information.

One prominent High Point leader said Henning and his four fellow Republicans on the board are showing a real lack of courage.

"If these five guys were running High Point University, it would be nowhere," he said.  He said the five commissioners were like turtles who permanently kept their heads tucked in.  He added that even turtles know that "to get anywhere you have to stick your neck out a little."


Who is that Scott?

Why won't you name the "prominent High Point leader"?

...Branson said that, if the commissioners approve this special deal for High Point, "Everyone from Greensboro to McLeansville will be asking for the same type of thing every time they have a project."


Roy Carroll likes the smell of taxpayer funded subsidies
for his business ventures,
and has taken advantage of Greensboro for millions
after paying off most the Greensboro's City Council with campaign contributions

Alston said that, when he was at High Point University for Qubein's progress report, he was sitting next to Downtown Greensboro Inc. President Zack Matheny.

"Zack said, 'I'm gonna be knocking on that door too,'" Alston said.

...It often seems as though everyone other than the commissioners are backing the project.  Many Greensboro and High Point leaders are pushing it strongly and The High Point Enterprise and the News & Record have both gone after the commissioners for their cautious approach.


Same with the Rhino this week

...The commissioners say that the county's contribution would add about $500,000 to $750,000 a year, and given that the project is a supposed "no-brainer," "point-blank head-shot" deal that will bring more than $100 million in downtown investment to High Point, it should succeed with or without the annual money that would come from the county if the board approves the county subsidy.

Show the public the math Scott

They point to the fact that Qubein in less than six months raised $50 million for the project - over four times the county's projected contribution over the next two decades.


Prove Nido raised $50 million Scott, or the News and Record
or anyone else

It's also still possible that some middle ground can be reached.

Branson said he spoken about a possible compromise at the last county commissioner meeting in hopes that it might open the doors to negotiation...

Nido Qubein; How much economic growth could Greensboro lose if High Point builds a baseball ballpark area like Greensboro's?


Nido wants the rest of Guilford County to pay for Roy Carroll, Blue Ridge's, BB&T's
and whomever else has some skin in the profitability of this taxpayer funded venture
in High Point, where most of the rest of the County do not venture


It appears Nido want's to take business away from local entrepreneurs
with taxpayer money and a big pile of what looks like unsustainable debt,
which may be why Quebein and High Point City Council
tried to swindle the rest of Guilford County into paying for it 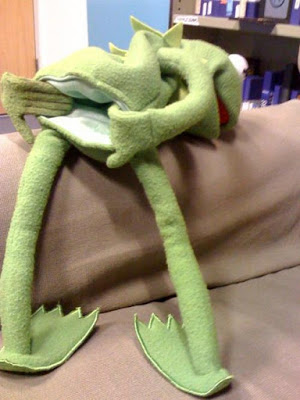 Posted by George Hartzman at 9:51 PM