After dark, not a car was seen on the road while walking the dog around the block.

Took a bike ride around again @ 10:30pm, everyone was home, cars parked.

Calm as a Hindu cow, only different.

The bars are closed.

It will probably be (should be?) mandatory take out restaurant employees wear masks and gloves at some point.

A lot of freaked out people.

Like Wuhan, some folks around the New York area are fleeing elsewhere.  Hundreds of dead, lines at the hospitals and not enough ventilators.  Same thing happened in Italy before the lockdown of the whole country.  It's spreading via panic.


The Great American Migration of 2020: On the move to escape the coronavirus https://t.co/T2KPpSOm35

Scenes from India of mass exodus from the city are biblical. Destitute migrant workers are taking the virus to every corner of the subcontinent.


The Feds waived the 10% penalty for taking 401k and IRA money out, but it will still be taxable, meaning more than a few are going to liquidate investments to get the cash out.

We spent a good chunk of dinner prep time making Phyllo dough Ricotta pastries which we have never done etc..., like riding around the block on bikes at night.

It was great fun, but probably not something that would happen otherwise.

The way we live is going to change.


The great majority of mankind are satisfied with appearance
as though they were realities,
and are often more influenced by the things that seem than those that are.

If there’s less risk and higher return with a plan matching circumstances than forcing circumstances to fit a plan, relax, accept and embrace uncertainty, concentrate, question the status quo, consider the counter-intuitive, anticipate anticipation, find strength in weakness, weakness in strength and advantage in disadvantage. 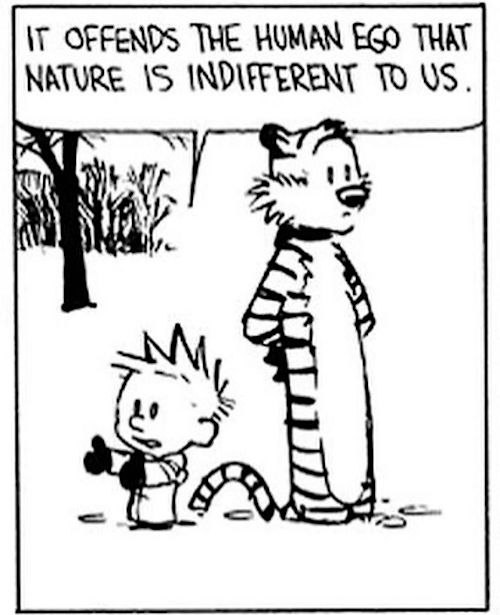 There isn't actually any contradiction in the beliefs that (A) the virus is dangerous, (B) mass unemployment is dangerous, and (C) authoritarian government policies are dangerous. There needn't be any cognitive dissonance holding all three at once; they're not mutually exclusive.
— Caitlin Johnstone ⏳ (@caitoz) March 28, 2020

"The whole "Rep, Dem" split in two rival camps is nothing more than theater meant to distract while those in control loot not only the here and now, but also rob the future generations blind. Pols on both sides are perpetuating the broken status quo for as long as possible.
— Abner Doon (@Aenbrnood) March 28, 2020

"April 1 will bring contract chaos when thousands of leaseholders decide not to pay, pushing a tide of unpaid debts from lessees to owners to banks—and sometime soon, a flood of litigation back from banks to owners to lessees.
— Abner Doon (@Aenbrnood) March 28, 2020

When this is all over and done with, and we're thinking about subpoenas, FOIA requests and investigating what really happened in China in a year or two, let us also not forget that the WHO Tweeted this on January 14. https://t.co/SgOrhP5aCD
— Quoth the Raven (@QTRResearch) March 28, 2020

Scary to say the least.

Not to mention both numbers are massively understated.

Get into as best physical cardio etc... shape as possible between now and when it's going to matter https://t.co/D0asjlyg0q
— Abner Doon (@Aenbrnood) March 27, 2020

Here Is A Breakdown Of The $12 Trillion In Global Stimulus Passed This Month | Zero Hedge https://t.co/xyFDA9OcVT
— Abner Doon (@Aenbrnood) March 27, 2020

This announcement of layoffs by United Airlines came literally a few hours after they got $25B in grants from the government so they wouldn't have to lay anyone off.

In addition, Anthem’s CEO said his company expects to realize a “net saving” because hospitals are canceling non-emergency & elective procedures due to COVID-19. And we already know insurers are refusing to waive copays & deductibles for COVID-19 treatments. (9/11)
— Wendell Potter (@wendellpotter) March 26, 2020

Get ready to be outraged. The country’s big for-profit health insurers may actually be one of the huge winners from the pandemic. Among the few corporations to see big jumps in their stock price this week are Anthem, UnitedHealthcare, Cigna & Humana (where I used to work). (3/11)
— Wendell Potter (@wendellpotter) March 26, 2020

Well, its like a large pizza, with 20 pieces
Each piece is a trillion dollars
We are going to throw half of it in the trash by not letting people work.
Then we are going to cut the remaining 10 pieces into 2.6 slices each.
We can say we have 26 pieces
But somehow its only half
— Ryan Lawrence (@RyanOfKalamazoo) March 25, 2020

So anyway, the Fed literally creates "infinite" currency out of electrons, and hands it to hedge funds at 0%, but we're gonna a little more cash out of you. pic.twitter.com/Acul3NUNRb
— Rudy Havenstein, Monetary Policy Trailblazer (@RudyHavenstein) March 26, 2020

times a family of 4

=$68,000 per family of new national debt and dollar devaluation in this stimulus.

Somewhere in China there's a bat getting high-fives from every other animal he sees.
— God (@TheTweetOfGod) March 26, 2020

Best economy of all time pre-shock managed to deliver 0% profit growth over a five-year span (as per today’s National Accounts earnings data for Q4). This market is still NOT cheap! pic.twitter.com/G6tXLDVCVF
— David Rosenberg (@EconguyRosie) March 26, 2020

Meanwhile, Ghislaine Maxwell has still not been arrested.
Your government is criminal.
— Michael Krieger (@LibertyBlitz) March 25, 2020

"Based on what we have documented so far, it appears that the virus has a harder time spreading between people in warmer climates,” Uni of Maryland Institute of Virology prof.https://t.co/4575126o9T pic.twitter.com/2z5FicSxL6
— Kabir Taneja (@KabirTaneja) March 25, 2020

Without government, who would exploit a global pandemic to enrich special interests at the expense of citizens?
— Bradley Thomas (@EraseState) March 24, 2020

This is our opportunity to reset, not to go "back to normal." Normal was sick and broken. pic.twitter.com/lfL0cHvizL
— Michael Krieger (@LibertyBlitz) March 24, 2020

A loss of smell or taste might be an early sign of infection with the pandemic virushttps://t.co/0fYVpSYy1b
— Abner Doon (@Aenbrnood) March 24, 2020

"Nearly half of the Diamond Princess cruise ship passengers and crew who tested positive for the novel coronavirus were asymptomatic at the time they were tested, according to a new report from the US Centers for Disease Control and Prevention.
— Abner Doon (@Aenbrnood) March 24, 2020

"The coronavirus survived for up to 17 days aboard the Diamond Princess cruise ship, living far longer on surfaces than previous research has shown, according to new data published Monday by the Centers for Disease Control and Prevention.
— Abner Doon (@Aenbrnood) March 24, 2020

"The SNB invests its foreign currency mainly in bonds, with 20% in stocks of companies like Apple and Starbucks"https://t.co/5MoNintyGL
— Abner Doon (@Aenbrnood) March 23, 2020

You almost just have to laugh at this point.https://t.co/7eqAObKamG
— Michael Krieger (@LibertyBlitz) March 23, 2020

Posted by George Hartzman at 10:54 PM