The Rhino's Hammer, a lying liberal when told to be as Roy Carroll's crony faux journalistic boy toy to cover for City Council's handouts to John's boss

"The City Council has kept the tax rate flat; although the revaluation meant that people paid more taxes, at least the rate itself was not increased.


Same rhetorical apologetic phrasing as the News and Record,
after City Council passed a tax increase on Greensboro's property owners

Through bonds and increased fees, the city has provided funding to get the streets and roads back in an acceptable condition.


Bonds = Tax increase, which John used to rail against,
pursuits that now pay part of his salary

The Steven Tanger Center for the Performing Arts is moving forward with a unique funding method that includes over $38 million in private funds and no revenue from the city’s general fund."

Has anyone seen the $38 million?

How about the fake math used to sell the public on the "No revenue" lie?


The Society of Professional Journalists Code of Ethics

Journalists should be free of obligation to any interest other than the public's right to know.

— Remain free of associations and activities that may compromise integrity
or damage credibility.

— Be vigilant and courageous about holding those with power accountable.

— Deny favored treatment to advertisers and special interests
and resist their pressure to influence news coverage.

— Be wary of sources offering information for favors or money;
avoid bidding for news.

The Society of Professional Journalists Code of Ethics

Roy Carroll's Phil Berger contribution; Who did the Rhino endorse?

In 2009, after receiving $1,000 unsolicited contribution from Jackie Weiland, who worked with both Zack Matheny and I, I asked the Rhino's John Hammer for advice.


Total sell out this is.

John is not a fiscal conservative anymore, if he ever was.

John has betrayed his base.

The Rhino is Roy Carroll's message machine and nothing more at this point.

The Rhino Times has lost any credibility relative to Roy Carroll's objectives that line his pockets with everyone else's money.

Meanwhile, the Rhino's Greensboro reporter appears to have been restricted in what can be reported about the city, as his boss lines his own pockets with taxpayer largess.

This is no different than what Roger Ailes did to Fox News, or what NBC did at MSNBC.

Quite the disservice to Greensboro's residents.

Playing readers for chumps is no way to run a "news" paper.


I suppose now its common knowledge that Hammer is towing Roy's line, its also time to see what the local conservative base has to say, as not much has been said so far.
.
.
Either the Rhino's John Hammer doesn't understand the GPAC financing, or he's not telling the truth about a deal that would enrich Roy Carroll

Has anyone seen the Rhino Times' circulation audit? About 16% of the Rhino's ads are taxpayer funded. 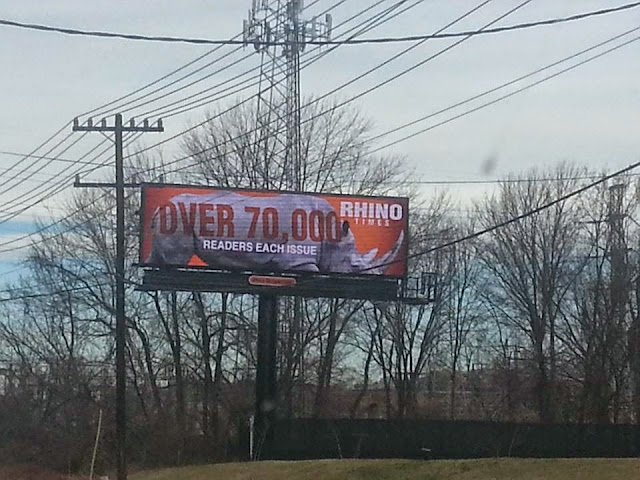 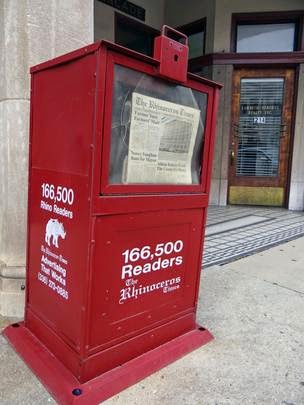 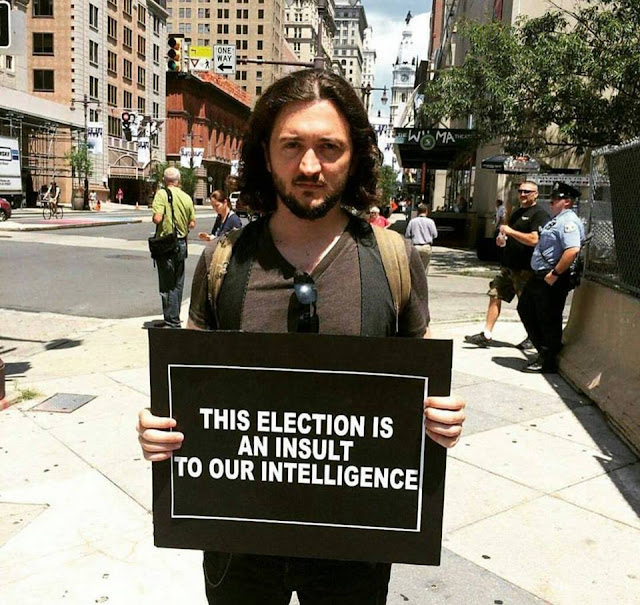 Remember what you're paying for;

Posted by George Hartzman at 8:30 AM