"Vaughan was instrumental in coming up with a financing plan for The Tanger that could get the support of the City Council."

No mention of how Nancy let a US Senator's brother in law David Hagan
make hundreds of thousands n the land acquisition instead of City taxpayers paying nothing,
as Greensboro has its own realtors on salary

300 more seats than DPAC
with an average household income
of $20,000 less in the Greensboro metropolitan area.

If a TPAC patron were to drive down Elm Street at 10pm after a show,
it's not what most white folks would consider to be a safe feeling scene.

We are going to build a performing arts center very near the poorest part of Greensboro.

There is almost no way to get in and out anywhere near as quickly as DPAC,
which is clean to the point of sterile, and has a fake river running through.

White elephant TPAC may be,
after being misled by many who stand to personally profit from the project,
like John Hammer, Roy Carroll, Randall Kaplan and Kathy Manning.


Vaughan was instrumental in putting together a bond package that the voters would approve
and now that money needs to be spent.

...The Greensboro City Council has plenty of divisiveness
and has no problem spending money...

If the bonds are sold and the money borrowed, they have to be paid for
with higher taxes, which was written into the package, which means a tax increase

John Hammer speaks out of both sides of his mouth;
Roy Carroll's and his own, which he may have used to believe in what he says,
but has since admitted that he sold out to Roy and is now just a corporate mouthpiece

The money will be spent for the benefit of Roy Carroll and friends,
so John has to be both for it to keep his job,
and against it to keep his financially illiterate conservative base still reading
one of only 5,000 Rhino Times papers printed each week

Nancy Hoffmann, Tony Wilkins and Justin Outling thinking they are reaching 50,000 Rhino readers, or just paying or getting paid by Roy Carroll for endorsements?


The Greensboro-Randolph megasite is in the running for the Toyota-Mazda auto plant.

...The Greensboro-Randolph megasite is on the short list for a new Toyota-Mazda automobile manufacturing plant, which would bring 4,000 jobs to the area.

Other than consultants working for the Piedmont Triad Partnership,
who's saying the Megasite is on any short list?

Why would a major Auto manufacturer take the risk of setting up shop
in the middle of racist bigot land, still controlled by the same homophobes
who financially and legislatively advocated for hate among a population
hoping for a knight in shining armor to come in with thousands of jobs
who will then take the heat for doing business with a bunch of admitted
intolerant, small minded and prejudiced elected officials and legislators?


Barber has pledged not to raise the tax rate for four years.

Barber just voted for a water and sewer rate increase,
and John Hammer is too cowardly to admit it, so he just keeps on lying to his readers,
like letting the following ad by Nancy Hoffmann run, which is a total fabrication; 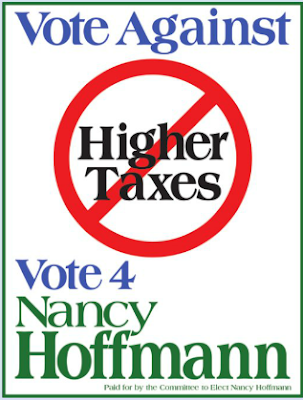 "District 2 City Councilmember Goldie Wells was appointed
to finish out the term of Jamal Fox..."

"Outling was initially appointed
to take Zack Matheny’s seat in the summer of 2015..."

"Wilkins was appointed
to finish the term of state Sen. Trudy Wade after she was elected."

John Hammer is for elected leaders who cheat to win,
as long as it is in Roy Carroll's best interests,
as these fine folks will vote Roy however much taxpayer money as possible


Outling was instrumental in the passage of an agreement by city councilmembers
not to raise the tax rate this year.

Greensboro council, including Tony Wilkins, voted to increase taxes upon the City's poor to give a parking deck to Tuggle Duggins and Roy Carroll


Wilkins has worked to get Greensboro to lower its tax rate;
the result of that effort is not a lower rate but that the rate hasn’t been raised,
which is not what Wilkins wanted but is better than a higher rate.

John Hammer is a coward, and should be told such news
by any fiscal conservative who comes into contact with his lying ass,
after telling his readers Tony Wilkins didn't vote to raise taxes after he did

http://www.rhinotimes.com/featured-article/get-city-council-endorsements/
.
.
How the News and Record rigs elections for the status quo; "Candidates for Greensboro mayor offer different visions for city"

On those who will lose in 2017's City Council races

"North Carolina is no longer classified as a democracy"

Mayor Nancy Vaughan, the City of Greensboro and the News and Record's Margaret Moffett lied to the public on Vaughan's legal [subsidy] bill